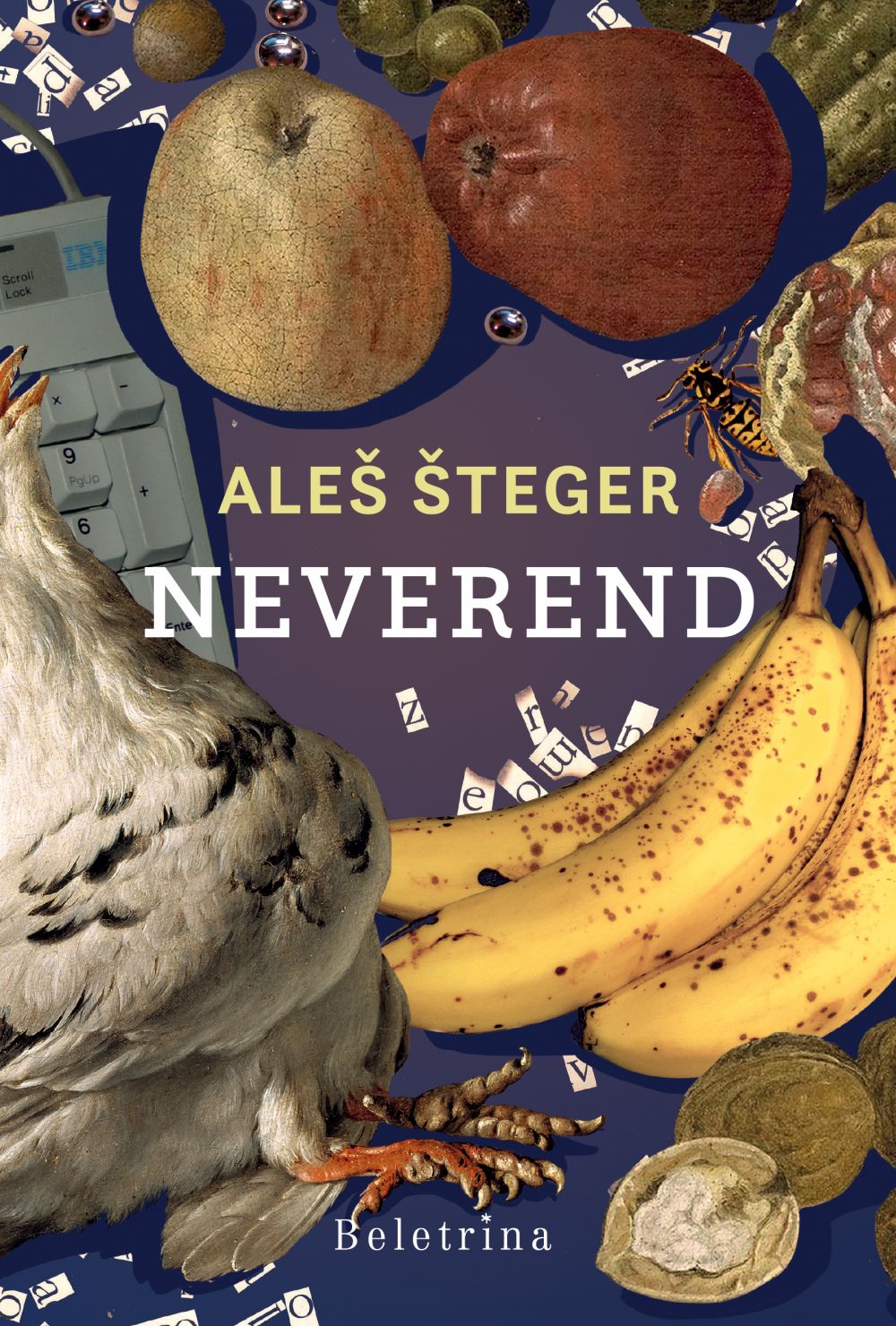 on behalf of the author
World excl. German, Slovenian

An Investigation of the Inner Logics of Conflict, War, Trauma, and Dreams.

Neverend investigates the inner logics of conflict, war, trauma, and dreams. Based on the Yugoslav wars, it is an allegory of every war.

Tense times. Because of the trade wars between the EU and the rest of the world, bananas are no longer on supermarket shelves. In Slovenia, elections are just around the corner. The protagonist of the novel, a young writer, is in crisis. Her love life and finances are a mess. She accepts a temporary position leading creative writing workshops in a prison while chaotic conditions prevail in Ljubljana. Protests and counterprotests alternate. Extremist parties are on the rise. The exercising of political power is becoming more and more shameless. The space for individual freedom shrinks and turns inwards. The young writer drifts toward an abyss into which an increasing number of people who cannot or do not want to play such games are disappearing. “If I had to choose, I would choose polar winters and glaciers that never melt,” she says.

Formally, the novel’s narrative follows The Decameron of Boccaccio. The young writer in Neverend receives 33 stories about the war from her three student-prisoners, Panfi, Fil, and Dionei. Her dreams revolve around family entanglements, sex, and survival. She starts writing an historical novel that tells the extraordinary story of the friendship between Antonio Scopoli and Carl vonLinné (Linnaeus), of Scopoli’s physical and mental journey through 18th-century war-ravaged Europe to the Hartecamp estate near Amsterdam, where Linnaeus grew the first banana on European soil.

Neverend is a poetic and socially critical novel about what might happen to all of us—if it hasn’t already happened.

»A must-read in times of rallies for and protests against, of extremisms of all kinds and shameless political stunts.«
Večer newspaper

»The author's critical attitude towards the state and political systems (previous and present) quickly puts the reader in the position of having to develop an engaged attitude towards the novel. As Šteger hints with his work, war is something that doesn’t happen only between countries, but between and inside families, inside us. The novel is therefore socially critical and at the same time poetic. …In addition to its social critique, the novel also focuses on criticizing the individual and can encourage us to overcome our nightmares and face our fears and the guilt we bear. A great contribution to Slovenian literature.«
Koridor Magazine

»The content of Šteger’s novel bends under the gravity not only of the wars in the Balkans, but also of the current civil war in Slovenia, which resonates with the situation in Europe (literally: the emergence of right-wing parties, material deprivation and the like). The text, like his experimental writing project Written on Site, is marked by duality: on the one hand we have Šteger’s visionary view and on the other a documentary responsiveness, which cuts like a scalpel under the social epidermis and at the same time becomes surreal. Fragmentariness here replaces Boccaccio’s multiplication of stories, so that the connecting text is firmly entrenched with the inserted prison stories, which are true narrative gems.«
Slovenian national broadcast media platform MMC

»This book’s unique baroque lightness is also imbued with bitterness, even a dark foreboding of the deepest human impulses, and a feeling of helplessness. Neverend locates the boundaries of personal freedom. Prison is, in the post-Foucault sense, an ideal starting point for posing questions like: how far does freedom go, how much freedom do we still have with invisible restrictions, how does the idea of confinement spreadsbeyond restrictively closed environments, and so on. An intriguingly written dystopia, for which it would be difficult to find a comparable work in Slovenian literature.«
Delo newspaper

on behalf of the author
World excl. German, Slovenian

Slovenian writer Aleš Šteger, born in 1973, has published eight books of poetry, three novels, and two books of essays. A Chevalier des Artes et Lettres in France and a member of the Berlin Academy of Arts, he received the 1998 Veronika Prize for the best Slovenian poetry book, the 1999 Petrarch Prize for young European authors, the 2007 Rožanc Award for the best Slovenian book of essays, and the 2016 International Bienek Prize. His work has been translated into over 15 languages,including Chinese, German, Czech, Croatian, Hungarian, and Spanish. Five of his books have been published in English: The Book of Things, which won the 2011 Best Translated Book Award; Berlin; Essential Baggage; the novel Absolution; and Above the Sky Beneath the Earth.
Šteger's literary efforts have been aimed at exploring the relations between literature and other fine arts, including visual arts and music.
He has worked with a large scale installation at the International Kochi-Muziris Biennale in India, completed several collaborations with musicians (Godalika, Uroš Rojko, Peter N. Gruber), and collaborated with Peter Zach on the film Beyond Boundaries.

In addition to his artistic achievements Aleš Šteger has also achieved recognition as a translator, a co-founder and he was the initiator and programme director of the international poetry festival Days of Poetry and Wine and as an editor of the Koda theory imprint. As a translator Aleš Šteger has translated Gottfried Benn, Peter Huchel, Ingeborg Bachmann or Durs Grünbein among others.

The philosophical and lyrical sophistication of his poems, along with his work as a leading book editor (he is founder of the Beletrina Academic Press) and festival organizer, earned Aleš Šteger a reputation that quickly traveled beyond the borders of Slovenia. The international reach of his work seems appropriate considering its international concerns and refusal to acknowledge limits to, or boundaries of, art, thought, and even genre. Although grounded in and growing from his home country, Šteger's work in multiple genres and on many fronts testifies to his growing stature as one of Central Europe's most essential literary figures.