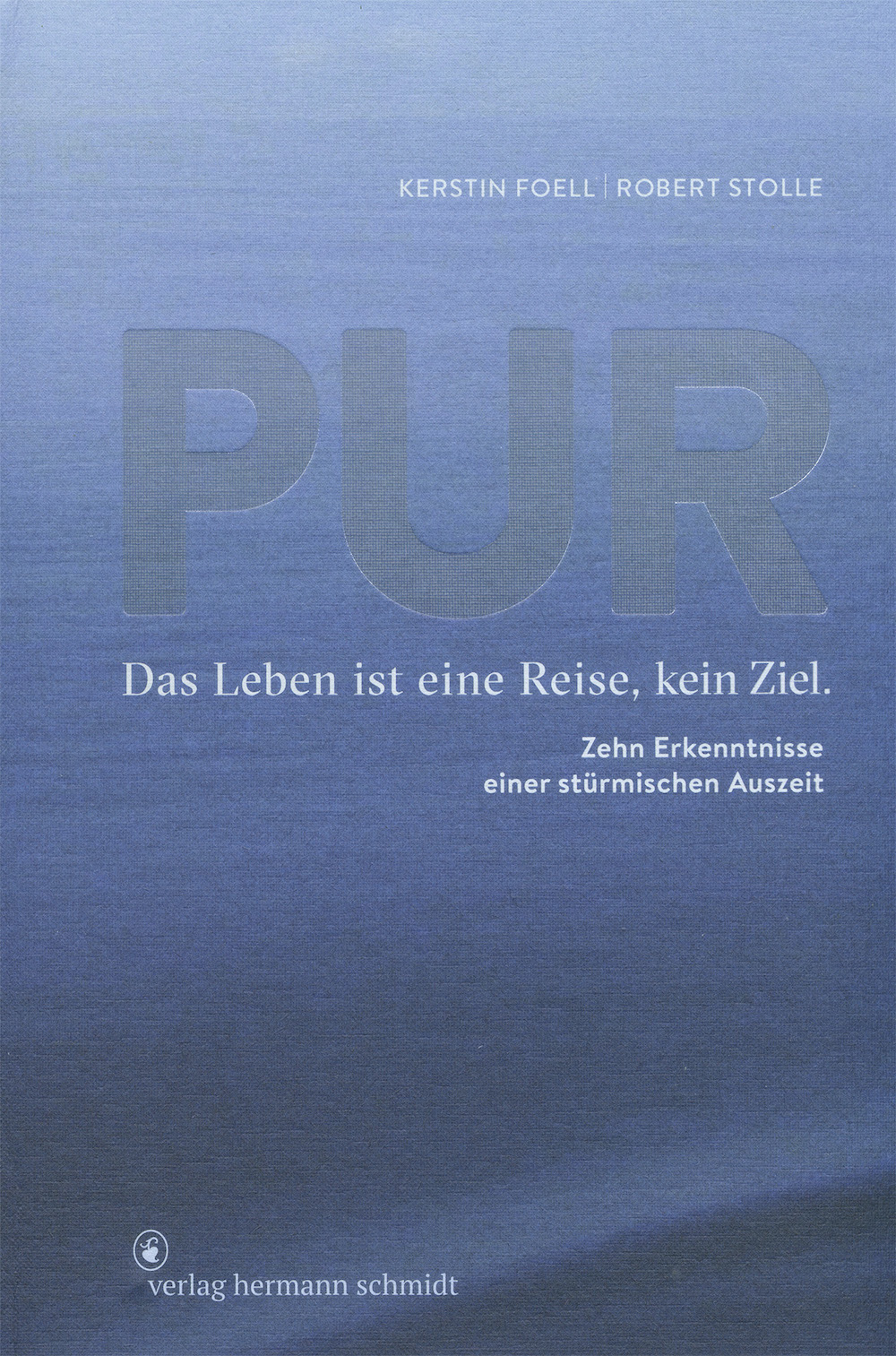 PURE
Life Is a Journey, Not a Destination. Ten Insights From a Stormy Time-Out

by Robert Stolle and Kerstin Foell

A Smooth Sabbatical That Turned Out To Be a Stormy Time Out at Sea and a Challenging Study in Happiness Research.

Kerstin and Robert led the perfect life in the Creative Industries. She is a strategy consultant for well-known brands, he is head of a Berlin advertising agency. They had everything you dreamed of, at least everyone thought they did.
Then the stress of an 80-hour week took its toll and life as they knew it came to an abrupt halt with Robert's diagnosis of cancer. And when Robert cheated death, one thing was absolutely clear: the two want to and need to change their lives. Fascinated by sailing, they decide to get out and explore the world by ship. In Holland they acquire 'Trinity', an older yacht made of aluminium, which the previous owner had equipped with a lot of technology. Now nothing stands in the way of a romantic trip to happiness, one might think. But it comes quite differently.

Through a in many ways stormy endeavour Robert and Kerstin discovered what is really important - and that the secret of a happy life lies much less in external circumstances than in ourselves.
They learned to corroborate their personal insights with the current state of research and came closer to the secret of living a fulfilled life.

Kerstin and Robert are back after being at sea for five years. They're just getting back on track. Driven by changed values and equipped with the latest findings of Positive Psychology.

PURE is their adventure of their time-out - and the insights of a long journey, at the end of which there is no goal, but a brand new beginning.

© Courtesy of the Authors

After studying communications and a career in banking, Robert Stolle founded his own advertising agency, which became one of the Top Ten in Germany. The five-year break on the ocean led to a fundamental reorientation for both of them. Having visited 30 countries and been sailing 30,000 sea miles Kerstin and Robert sold their ship. Since their return to life on land, they have been working together as trainers, personal and business coaches, as well as speakers on the topics of transformation, agility, stress reduction, resilience and happiness.

© Courtesy of the Authors

Dr. Kerstin Foell studied economics at the University of Cologne and then started in advertising as a strategic planner. After working for various advertising and design agencies, she became an independent Brand Strategy Consultant for brands and companies such as Asics, Coca-Cola, Nestlé and Renault.