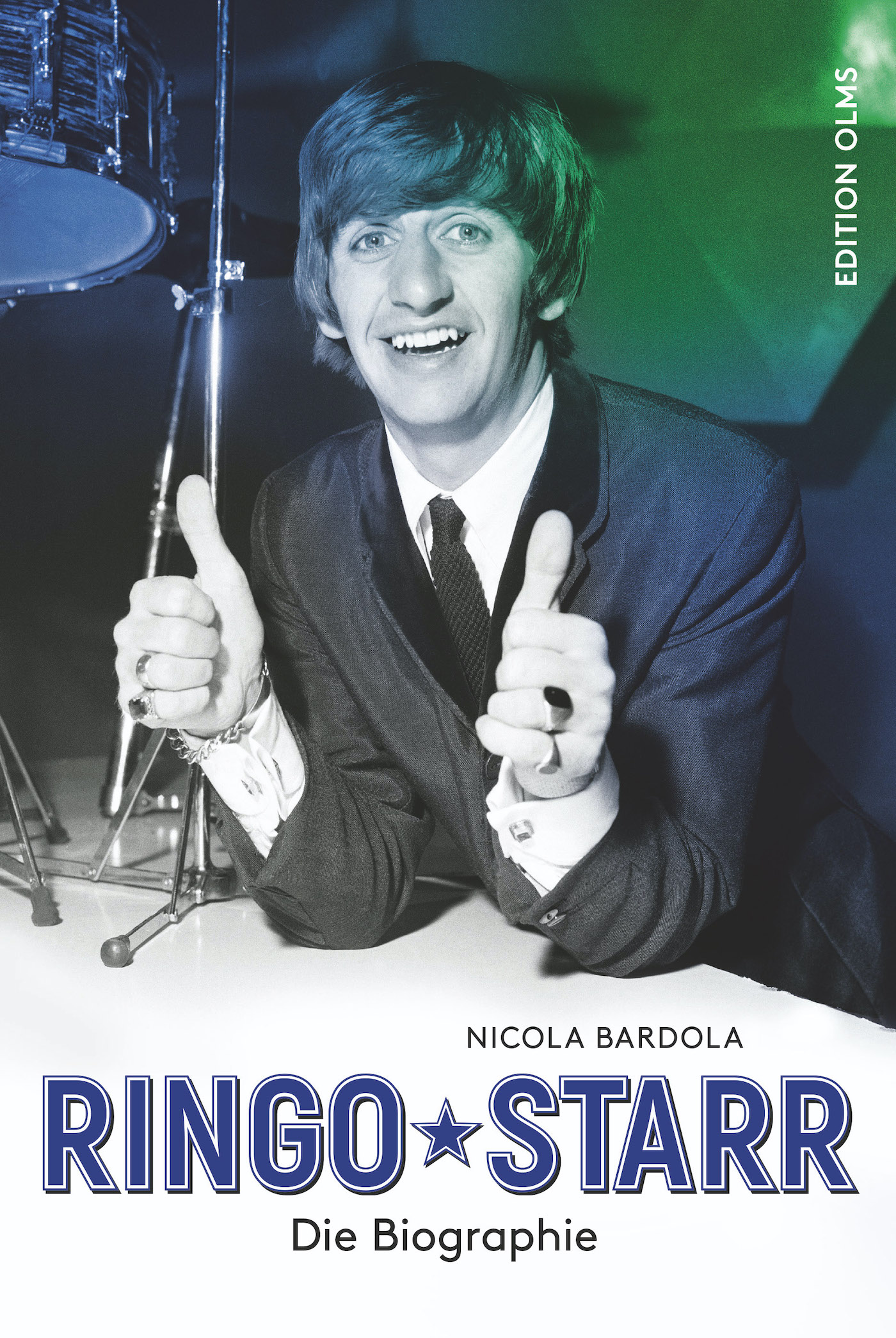 For many fans, Ringo is the greatest drummer in the history of rock music. His solid timing and unique fills laid down the beat for the Beatles, and his swing propelled John, Paul and George forward. He also lent his unmistakable voice to songs such as Don’t Pass Me By, What Goes On, Octopus’s Garden and With a Little Help from My Friends, which are known and loved all around the world. His All-Starr Band is capable of firing up concert hall audiences no matter which continent we are talking about. And yet his life is the least well-known of the fab four.
In this new and richly faceted biography, Nicola Bardola examines Ringo’s life both before and after his membership of the most famous rock’n’roll band in the world. Not only behind his drum kit, but also behind a movie camera, and sometimes in front of one, Ringo Starr continues to captivate and thrill millions.
The book covers the background details to many lesser-known anecdotes about Ringo’s life, including his dramatic absence in 1964, when Jimmie Nicol took over, his lightning decision to smoke dope with Bob Dylan, and of course his private bar called “The Flying Cow”.
This first ever detailed biography of Ringo Starr tells the full story of the funniest but least-known Beatle, who today has eight grandchildren and has just turned eighty years old. Including a full discography and filmography.

Nicola Bardola was born in 1959. He studied German and Italian literature and philosophy, and has been living in Munich for forty years. A critic of literature and music, he is an expert on The Beatles, and has published authorized and much-acclaimed biographies of both Yoko Ono and John Lennon. He regularly contributes articles to both the Süddeutsche Zeitung and Die Zeit newspapers, as well as Rolling Stone magazine.